More than 40 nuclear associations representing over 80,000 scientists have today called on the Clean Energy Ministerial Conference (CEM) which will be held in Vancouver later this month to commit to doubling public investment in nuclear-related R&D and innovation within the next five years. The associations said there should be a specific focus on innovative applications of advanced nuclear systems which can make possible the clean energy mix of the future.
The European Nuclear Society (ENS) has joined the international call for policymakers convening at the CEM event between 28 and 29 May to take nuclear innovation to a broad multilateral discussion at both the ministerial and working levels with the goal of unlocking nuclear energy’s full potential in national clean energy portfolios and its contribution towards global and national decarbonisation goals.
The current global level of public support for nuclear R&D, both fission and fusion, has remained constant at around $4bn annually (at 2014 values) since the year 2000, while in many countries the private sector has been less eager and struggling to invest in nuclear research because of negative political, market, and financial environments.
However, the nuclear industry is currently undertaking a new wave of innovation related to digitalization, the development of new reactor designs (e.g. Small Modular Reactors, Generation IV reactors), and the introduction of new alternative applications like desalination, district heating, and process heat for industry.
These projects are expected to open new market opportunities for the use of nuclear power together with other clean energy sources, but they require significant R&D investment and new innovative approaches.
At the same time, a large proportion of the R&D infrastructure is becoming obsolete and needs to be renewed not only to support the development of this new wave of innovative reactors, but also to produce the radioisotopes needed for the development of nuclear medicine.
“A major increase of EU funding for future Euratom research programs is needed because the current budget of €50m a year for nuclear fission R&D is plainly inadequate to simply maintain expertise and keep options open for the development of next generation reactor systems and their associated fuel cycles”, said Eric Proust, ENS High Scientific Council Chairman.
“By comparison, 12 times more funding is allocated to Horizon 2020’s “Secure, Clean and Efficient Energy” program, which excludes nuclear energy”, he underlined.
These factors have led the ENS to sign a joint declaration calling for increased policy support in the field of nuclear R&D and innovation in partnership with many national, regional and international scientific societies, as well as numerous technical organisations dedicated to the development and peaceful use of nuclear technologies.
Fernando Naredo, Secretary-General of ENS, said: “It is a very significant development that this initiative of the ENS High Scientific Council and the French Nuclear Society (SFEN) has been adopted by so many professional nuclear societies around the world and the International Nuclear Societies Council, because they together represent more than 80,000 scientists and engineers in the nuclear field”.
The declaration can be found here:

ABOUT THE FUTURE ROLE OF NUCLEAR ENERGY:
The ENS is of the opinion that climate change is the most significant threat to our planet today,and embraces the objectives of the 2015 Paris Agreement to limit global warming to 1.5°C in the second half of the century.
Nuclear energy can help address these challenges because it is among the sources of electricity with the lowest carbon footprint. According to the Intergovernmental Panel on Climate Change (IPCC), the median lifecycle greenhouse gas emissions from nuclear energy are 12g/kWh, similar to wind energy.
However, the world is not progressing quickly enough in meeting its climate goals in view of recent developments:
– The latest IPCC report has sent clearly warned that the 1.5°C temperature increase may be exceeded already by 2030.
– According to the International Energy Agency (IEA), in 2018 global energy-related CO2 emissions rose 1.7% to an historic high of 33.1 gigatonnes of CO2.
The ENS stresses the existence of a global consensus that accelerating clean energy innovation is essential for limiting the rise in global temperature but warns that in order to achieve this a significant increase of R&D funds is required.
International institutions including the United Nations, the Organization for Economic Cooperation and Development, and the European Union believe that all low-carbon technologies (renewable, nuclear and carbon capture & storage) will need to be implemented in order to achieve deep decarbonization by the middle of this century. 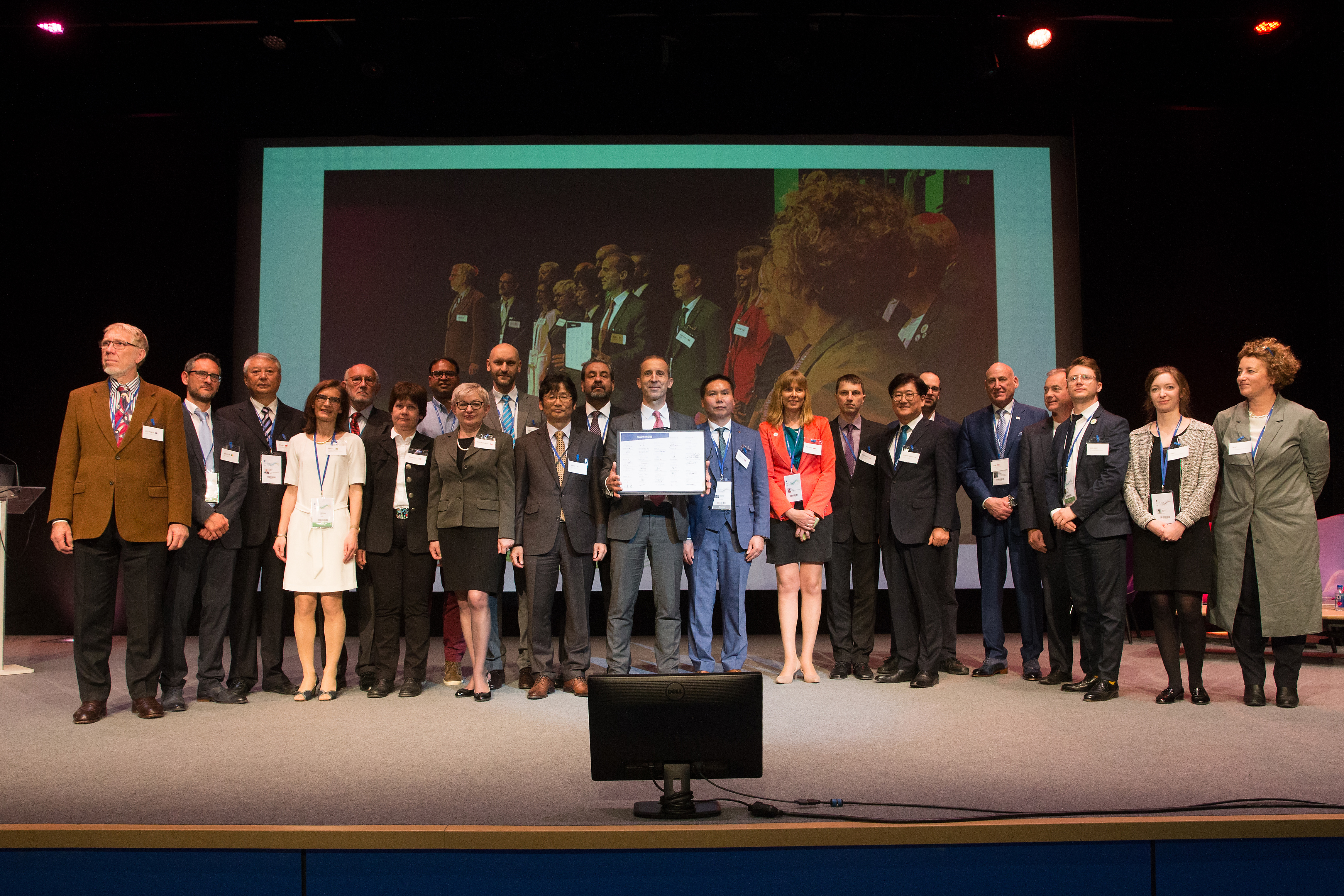